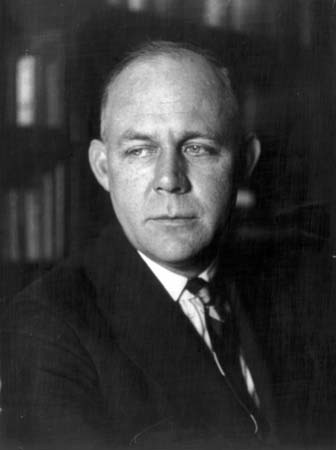 Grantland Rice was an icon among sports journalists but may be remembered as well for a poem as any of the estimated 22,000 columns he wrote. He was born in Murfreesboro, Tenn., in 1880 and educated at Vanderbilt University, where he played football and baseball. After graduation in 1901, he worked at Nashville (Tennessee) Daily News, The Nashville Tennessean and the Atlanta (Georgia) Journal before joining the New York Evening Mail in 1911. In 1914 he became a sportswriter for the New York Tribune, later the Herald Tribune. He served in the Army in World War I. By one authorative estimate, Rice wrote more than 67 million words, produced popular short motion pictures of sporting events, and according to the newworldencyclopedia.org, became the first play-by-play baseball announcer carried live on radio during the 1922 World Series. It was Rice who in 1924 named that year's Notre Dame's football backfield as the "Four Horsemen." His column would eventually syndicate in more than 100 newspapers. He published three books of poetry, and it was a poem that became his most quoted work: "For when the one Great Scorer comes to write against your name, He marks--not that you won or lost--but how you played the game." His autobiography, The Tumult and the Shouting, appeared in 1954 -- the year he died of a heart attack in his office. He had just completed a column about Willie Mayes and the 1954 All-Star game. He was 73.